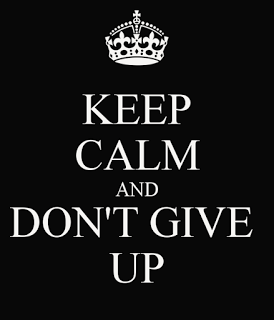 It has been a long time since I've posted anything on my blog. There are many reasons, some of them better than others. Let's just say that I decided to take a blog break – and that it has lasted longer than I originally thought it would. So what has brought me back to the blogosphere? It is something that has been very much in the news, on social media, and on my mind for just over a week now. I speak of the death of someone whom I never met, except through the movies. Yes, I'm referring to the heartbreaking suicide of Robin Williams.

His death has bought to the surface thoughts and feelings which I have always kept very silent about. You see, I know there is still a stigma attached to depression, and heaven forbid anything related to suicide. It can be difficult for me to fully understand... but if someone were diagnosed with cancer, heart disease, or a plethora of other physical illnesses - their struggles would be freely shared with friends, family and even strangers. Empathy and support would be free flowing, lifting them up and sharing the burden as much as possible. But for those who suffer from more invisible illnesses, such as any form of mental illness... well it is common to just keep it quiet, knowing that avoidance rather than support is the the typical reaction.

This past week many have questioned why someone so widely admired, funny, wealthy, and having loving family & friends could do something like that. And if Robin Williams could do it... what's stopping others fighting similar demons from following suit?

For that reason I feel today a need to address the topic of suicide, which is sadly a common occurrence among people who live with depression. In the past I may have made casual remarks to a few people here and there - but am fairly certain they have never truly known the depths. So why now? Not really sure, but it is my hope that perhaps one thing said here might be of help to someone - even if that someone is just me. The following are thoughts taken from something that I wrote months ago in a notebook. At the time I told my counselor that it will never be published on my blog. Never say never, eh?!

In case you haven't caught on yet and are still wondering... today's blog subject is about suicide. Specifically suicidal thoughts - often referred to as suicidal ideation. What is this word, "ideation"? Basically it's when a person thinks about something a lot. Sometimes to the point that they may even act on such thoughts - because thoughts are a precursor to action.

There is an old adage regarding a progression of thought: first a thought is abhorred, then tolerated, and finally it is embraced. Which is one reason why scriptures warn about watching our thoughts. One verse for example:


"…if ye do not watch yourselves, and your thoughts, and your words, and your deeds, and observe the commandments of God, and continue in the faith... even unto the end of your lives, ye must perish. And now... remember, and perish not." (Mosiah 4:30)

Only my counselor, my Bishop (ecclesiastical leader), and perhaps one other person have really known the truth that I don't talk about. Since my teenage years in the early 1980's, I have had suicidal ideation. Not constant, not every day, but way more frequently than I'd like to admit. Sometimes these thoughts are more pervasive than other times, and are a serious drain of emotional, physical and mental energies.

Once at the age of 18 and newly enrolled in college; in an English class I wrote a composition. The topic was my choice - and what I wrote about was a fairly detailed exploration of all the different methods which could be used to commit suicide. At the end of the paper I even came to a succinct conclusion of what my preferred method would be. Disturbing as the topic was, I remember having received a good grade on the paper (guess it was well written or something). However there were no comments nor questions about the topic. I would like to think should a paper of that nature be handed in today, that red flags would be raised and referrals for help extended. Looking back I now recognize that it was my first silent plea for help - for understanding - even if I didn't know that I needed it at the time. How would my life have been different if that professor had recognized the pain and reached out?

Often I make comments in talking and writing – which to me hold a completely different meaning than that perceived by others. Mostly those comments are hidden in the guise of humor - because I honestly do not wish to burden others, and in a way feel that I am protecting them from the depths of darkness that I feel. As I said four years ago in a blog post... "When I laugh, make others laugh, and portray the illusion that all is bright - I can for a moment in time hide, even from myself, the reality which lies beneath."

There’s a poem (that I wrote in 1986-87 during a very depressing dark time) and which I actually shared on my blog a while back. Seriously doubt that anyone who read it had the slightest inkling of the true meaning to me behind these closing words..


Clouds of fog blur my hearing.
Gripping the wheel of life I slip and grow cold.
Leave as silently as you came,
and tell no one of your going.

The majority of those who experience suicidal ideation do not carry through with it (or so I understand) – and so it has been with me. However some may make attempts, and some deliberately plan to fail or be discovered, while others might carefully map their plan for success in carrying out those thoughts. It is my opinion that such attempts happen when a person finally becomes too tired and overwhelmed from repeated battling the thought demons. It's not that they necessarily want to die, just need the very real pain to go away.

Over a long period of time, wanting to know more about suicidal ideation, I have read from a multitude of different sources (books and oh so many sites on the internet). Discovered there is quite a long list of suicide ideation signs and symptoms. If you've read my blog before, you'll know that I just love making lists of things! Am not providing all of them for there are too many, but in no particular order some of mine have been:
If you haven’t observed any of these things in me – trust when I say that they are there. Then remember that a significant number of people with suicidal ideation keep their thoughts and feelings a secret, and appear to have no apparent signs. Also don’t forget that I am a master mask maker who is very experienced in hiding.

Along with the list of signs and symptoms – there are also nice useful lists of things which may help lower the risk of suicidal ideation and suicide attempts. Think I need to focus on and do better with some of these.
In conclusion...

Yes, I live with frequent suicidal ideation - the key word here being live. No, I have not acted on those thoughts (even when so very tempting as they sometimes are). There are a few things which work well in keeping me from acting on or embracing those thoughts.

First and foremost is my religion and faith in God. Often I turn to the scriptures and prayer for help. That help has always been there, and it always will be. For I know that God will not abandon me – nor will God abandon any of His children (even when depression thoughts try to tell me otherwise). I may not know His reasons for this "thorn in the flesh" - but in the end have faith that it will somehow become a blessing.


"...as much as ye shall put your trust in God even so much ye shall be delivered out of your trials, and your troubles, and your afflictions, and ye shall be lifted up at the last day." (Alma 38:5)

Second are the coping tools and skills learned from gifted knowledgeable counseling (both professional and that received from conversations with dear friends and ecclesiastical leaders). For me it takes hearing something multiple times before it begins to sink in or make sense. Hearing the same thing said from different perspectives is also helpful. Am very thankful for those who have simply listened and/or offered their love. They may never know what a difference their small acts of kindness have made.

Third is keeping a notebook of thoughts (less formal than a journal). For me, seeing things written down can help to recognize and sift through the often false thought processes which accompany depression.

Fourth has been this blog for giving me the opportunity to express things that I would probably never just talk about with people.

I'm sure there are others - but am too tired to explore them right now. And with that I end this long post. Hope this will open the mind gates to begin writing here again - and really hope that future topics won't be as serious. Just felt this was something that I finally needed to talk about. 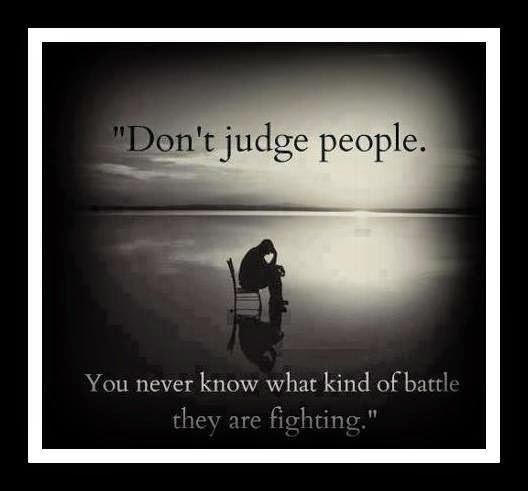